At the beginning of March, we ran a survey across to people interested in Docker to shine a light on the state of the current software supply chain, and how Docker plays a role in its evolution. We’re delighted to release that report this morning, and you can find all the details here.

To create the survey we reached out to people in various phases of deploying container-based technologies.  We received more than 500 responses to the survey – all technology professionals covering an array of development and operations focused roles in a variety of industries and company sizes:

Thanks to all those who took the time to respond and share their experiences and perspectives.

There’s a ton of information in the data, graphics and report for the survey, and we encourage to read it, but here are the key findings as we saw them:

Docker is key to providing the necessary agility, control and portability that their latest development initiatives demand. When asked about the desired outcome for their Docker initiatives then these expected outcomes ranked highest. 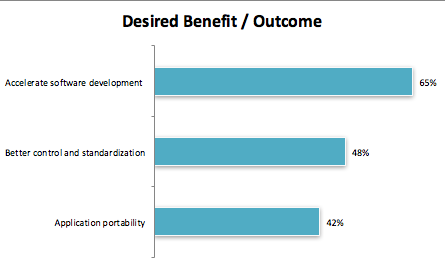 Docker offers portability as unique value amongst container management vendors. With respect to the orchestration and management ecosystem, respondents overwhelming reported using Docker Swarm, Google Kubernetes and Amazon EC2 Container Service. Out of the top three, only Docker Swarm is the container orchestrator that is cloud agnostic. 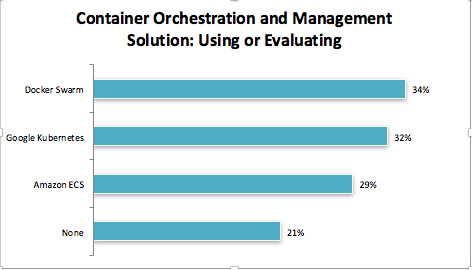 Docker is delivering quantifiable improvements to application delivery processes through improved DevOps practices. Survey respondents were able to qualify and quantify the positive impact of Docker on their app pipeline, including reporting – on average – a 13X increase in frequency of software releases. 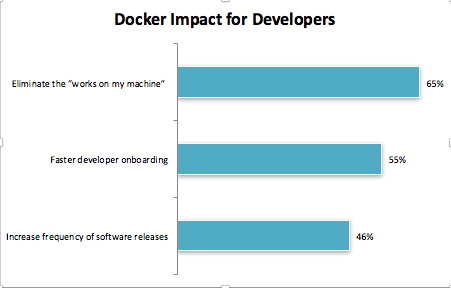 Docker is central to hybrid cloud/multi-cloud strategies, enabling freedom of choice of across on-premises, cross- cloud or private and public environments. 80% of respondents using Docker describe it as part of their cloud strategy for a variety of reasons including migration, hybrid cloud portability and avoiding lock-in to a single cloud vendor. 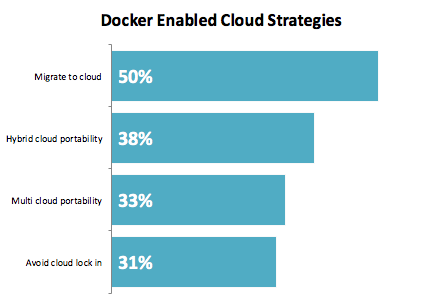 Docker is enabling microservice architecture delivery and the modernization of legacy monolithic apps. Perhaps unsurprisingly, Docker is enabling a number of key initiatives through 2016 for respondents. Besides the expected DevOps related cases, planned uses include both new microservice applications and the modernization of existing legacy applications. 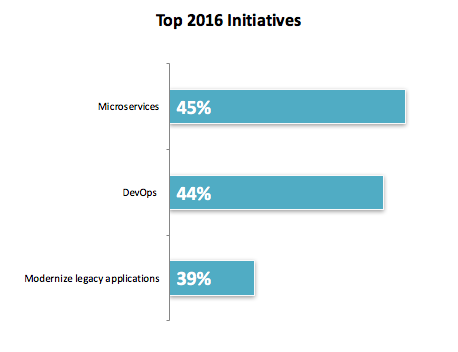 Thanks once again to everyone who took the time to respond to the survey. The information is invaluable in our planning work for Docker throughout the year. We’re delighted to be seen as valuable and useful to development and operations teams and we’ll be doing our best to do even more.

2 thoughts on "The Modern Software Supply Chain Runs on Docker"